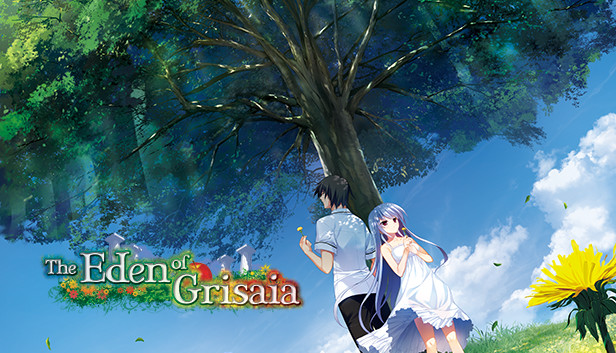 A boy trying to find the paradise he once lost arrived in a secluded garden at the end of the world, where he found five girls. Not knowing himself what the result would be, he took out five seeds and distributed them to the girls, driven by a sense of duty and perhaps even the faintest murmurings of something like hope. One by one, the girls planted the seeds they had been entrusted with in the ground around them, waiting for the day when they would bear fruit.

But whether or not this day will come remains to be seen – everything hinges on one final struggle to learn where a true paradise is to be found.

Our story picks up immediately after the events of Grisaia no Meikyuu, with Kazami Yuuji having been detained for suspected involvement with an international terrorist organization, lead by Heath Oslo, that has managed to enter Japan’s borders with a devastating new weapon of mass destruction in hand. Meanwhile, at Mihama Academy, the remaining students find themselves with time running out – due to financial issues, the school is set to close within the month. Over the past year, though, the girls of Mihama have finally begun to find their own legs, thanks to Yuuji’s involvement – are they really just going to bury their heads in the sand and let the world change around them? And are they really willing to let the man who changed their lives slip away without so much as trying to win him back? As the end of their time at Mihama Academy approaches, Amane, Makina, Sachi, Yumiko, and Michiru find themselves arriving at a single conclusion.

How much a group of students can do in the face of countries and organizations far bigger than any individual could hope to be remains to be seen. In the first place, Yuuji’s position is far more complicated than any of them could have imagined, as he finds himself embroiled in an elaborate game of super-political chess revolving around both himself and an inconceivable new system slumbering in the depths of CIRS – a system that Yuuji may have more of a connection to than he thinks. One thing is for certain, though – the girls of Mihama are no longer willing to let the world steal things away from them without at least a bit of resistance first. And with help from a mysterious individual known only as Thanatos, they may just achieve their goal…

The final chapter in the Grisaia series, featuring Prologue De La Grisaia, a prologue set before Yuuji’s arrival at Mihama; Blanc Aile no Tane, the overarching story’s grand conclusion; a smorgasbord of bonus eroscenes; and an after story to the events of Blanc Aile no Tane.