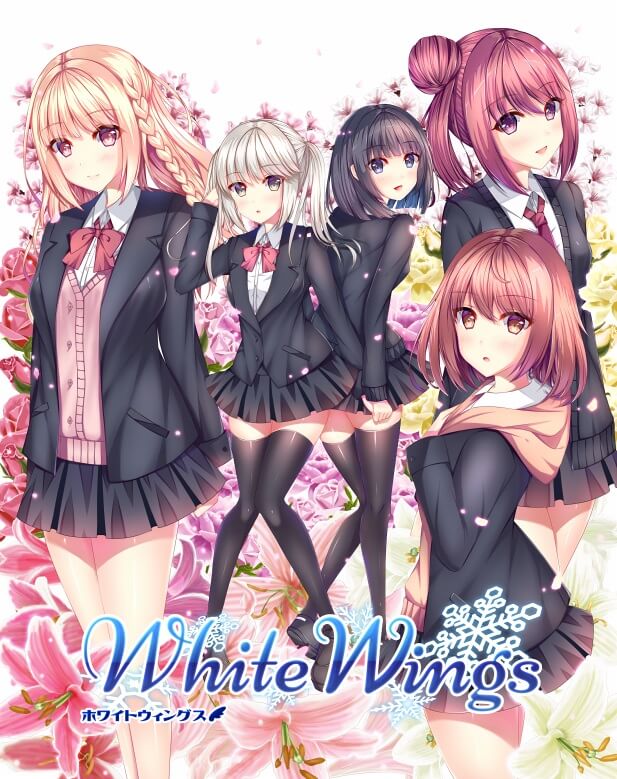 This is an agonizing wintertime love song.
At Shoba Senior Middle School in Shizuoka Prefecture, the stress and tension of preparing for Shoba Senior Middle School entrance examinations affects those in their later teenage years.
They might encounter a life of separation from each other. Some of them may meet again, while others may never see other again.
Secrets that are covered by rapidly falling snow are interwoven with a sorrowful rhythm.

Is the taste of first love sweet or bitter? Who will be redeemed, and who will enter the abyss?
Attracted, estranged, separated, hurt.

Embracing each other and absorbing the earth’s final, small bit of warmth.

During the last winter before Shoba Senior Middle School entrance examinations, Shoba Senior Middle School welcomed a pretty transfer student named Miyazawa Moe.
She was assigned to sit next to Fujiwara Hiro, and had a heavenly appearance as well as an unapproachable air. She looked like an ice-cold snowflake and indifferently floated into Fujiwara Hiro’s heart. It seemed like a romantic beginning.

Miyazawa Moe looked pretty and had outstanding grades, but was very cold and detached. Her classmates did not welcome her, and did not develop close relationships with her. However, her talent and beauty touched Fujiwara Hiro, whose family had already been broken. Furthermore, she also seemed to regard Fujiwara Hiro as someone unique. He couldn’t help but feel moved by Miyazawa Moe, but it was just that when he tried to get close to her, he found that it was really too difficult to get close to this girl.

At the same time, Fukihara Reika, a charming girl with a warmhearted smile, also had a chance encounter with Fujiwara Hiro.

She was outgoing and magnanimous, had a warm personality, and was also a bit bizarre, which gave Fujiwara Hiro a feeling he had never previously experienced. Fujiwara Hiro was obviously attracted to Miyazawa Moe, while Fukihara Reika’s vitality and uninhibited personality as well as her enthusiasm may have caused other people to see her as stubborn and unyielding. However, Fujiwara Hiro thought that Fukihara Reika was just like an angel opening up her wings in front of him. Fukihara Reika’s warmth and radiance sparked enthusiasm and hope within Fujiwara Hiro, who seemed to treat others with kindness, but actually was afraid of interacting with others. Fukihara Reika was too enticing for him. He couldn’t hold himself back, and was fatally attracted to her.

On one side was the unapproachable ice-cold beauty, and on the other was the unfathomable elfin girl.

His heart drifted between these two girls and remained indecisive.

How could he choose between them and make sure that it was the right decision?