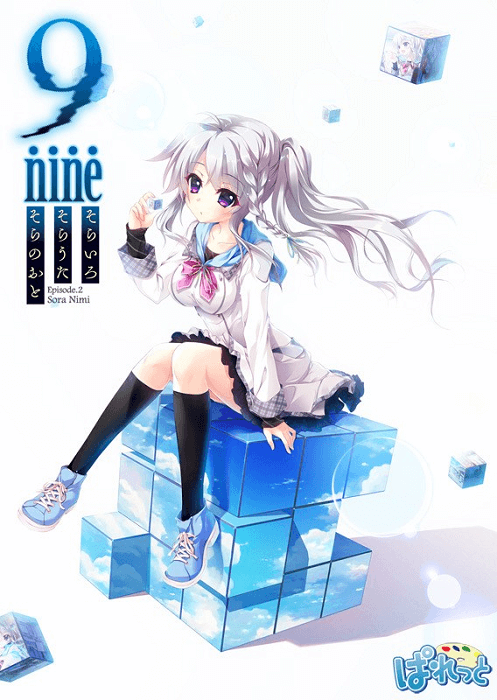 This is the second episode of 9-nine. When the university town of Shiromitsugawa was struck by a large earthquake, the sacred treasure in the Hakuda Tsukumo Shrine was damaged and mysterious objects called ‘artifacts’ began to appear from a parallel world. These artifacts granted special abilities to those that possessed them.

There was an incident where someone abused these powers and turned people into stone. Kakeru, who has a strong sense of responsibility, lent his assistance to Miyako in seeking the culprit. His innocent imouto Sora also joins them in the investigation into the serial petrification incidents as they unveil a mysterious group and hidden feelings.