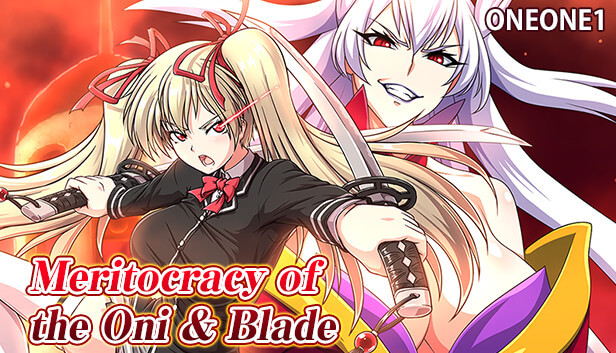 The Steam version contains Appended contents. (16 CG worth of extra scenarios not found in the original game).

Her home town burned to ground and her parents killed by the abrupt appearance of the “Red Demon”, Aika Amagami was left orphaned and alone, to fend for herself in this brutal world.
Aika was born with a special power named [BRAVE] and noticing her potential an educational institution by the name of Hououin Academy scouts her.

It would seem that at this academy, there are other young men and woman like herself, [BRAVERS], who are ardently honing their skills in rivalry.

In order to grow stronger and exact her revenge on the “Red Demon”, Aika enrolls at Hououin Academy…

3 ROUTES & 10 ENDINGS![NORMAL], [BRANCH SCHOOL], and [CORRUPTION] routes
available for a variety of play styles and scenarios.

* Battles are symbol encounters!(no random battles when you don’t want them)

* Battles are 1vs1 style!
(even if there are shown multiple opponents)

* The “Automatic Defeat System” is back (on popular demand!)
No need to fight, no hassles, no fuss, just lose automatically!!
(Can be setup in the configuration with / without manual selection)

Battle: Side View Animated Battle
Self Destruction: Implemented (unlocked after clearing the game)
Clothing Removal: Implemented (possible after a certain event)
Voice ON / OFF Toggle: Implemented