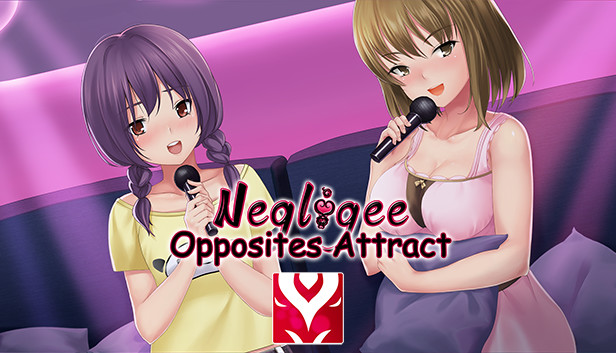 Charlotte, a young woman who works at the lingerie shop: Negligee, has been dumped by her long term girlfriend Mikka and is feeling a bit down in the dumps. Fortunately her fellow sales assistant ‘Sophie’ insists on taking Charlotte out to try and cheer her up. But Sophie is quite a wildcat with a crazy past and who knows where such a date could lead.

Negligee: Opposites Attract is a visual novel style game, which involves following a story and making decisions throughout, these decisions will affect not only the story that unfolds but the eventual conclusion. Will Charlotte simply have a good or bad night or will the night out with Sophie lead to something sexy at its conclusion. The game is fully uncensored and includes intimate content between consenting female characters who are aged 18 or over.

The game features ‘yuri’/’lesbian’ themed content between two women: Charlotte and Sophie.
The story is a stand alone adventure and you do not need to have played any other game to enjoy it.

However for those interested these characters have previously appeared in the following games we have created in the past: