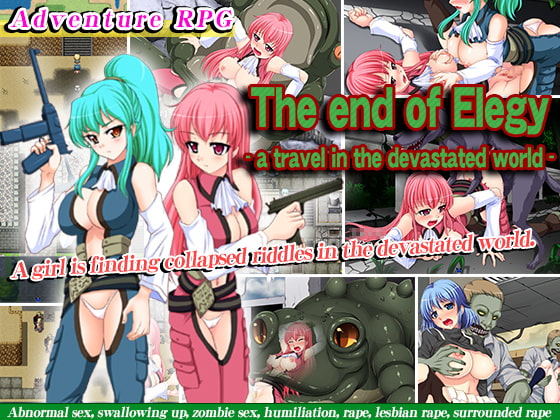 The end of Elegy – a travel in the devastated world- Free Download with Direct Links, Google Drive, MEGA, Torrent.

The end of Elegy – a travel in the devastated world- Free Download with Direct Links, Google Drive, MEGA, Torrent.

In 2100, the world is collapsed.
Nations are collapsed and many people are died for unknown reason.
It seems that it is not long before all human will die out.

In such would, survived human, Merissa went traveling.
She has an aim to find other survivors.
And she also has an important aim.
That is, to find out the riddle of why the world was collapsed.

To complete the aim, she started to find clues for finding out the riddle.
She was eager to find even trivial.
In the travel, she met a boyish girl, Ali.
Talking with Ali, Merissa found Ali also went traveling.

Two of them hit it off with each other and started to go traveling.
They got lost, were worried about spending time, and continued to go traveling in the devastated world.
And they find out the riddle and found the shocking past….