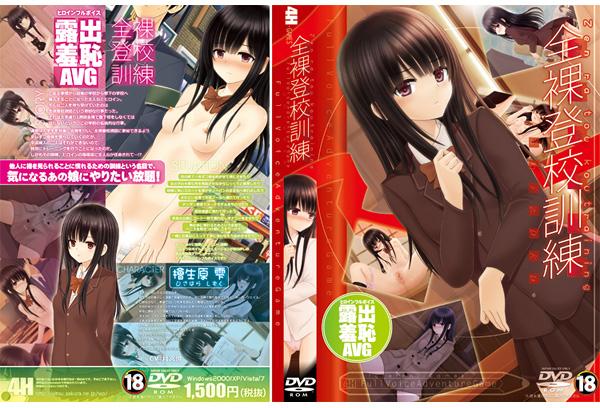 Zenra Toukou Shuukan, Total Nude Scholastics Week. A tradition in Japan many schools once took part in. It seems only Nihon Daiichi Academy, from Kindergarten to College, in the heart of Tokyo, still upholds the old tradition. To strengthen the body, to reinforce the heart, to build lifelong relationships, and to foster community. These are the 4 points of Total Nude Scholastic’s Week.

During the week, to help protect the girls a buddy system is established where the male students watch over them.

Hisahara Shizuku and her study friend Akira. Their school was damaged by fire. Because of their top scores they are taken in by Nihon Daiichi Academy. After their first day of transfer the teacher pulls them aside and explains that in May, one month from now, it will be Total Nude Scholastics Week. Akira will be Shizuku’s buddy, to watch over her during the week.

To that end he has been chosen to help train her for the embarrassment she will endure and his need to be her protector. Their training begins now.