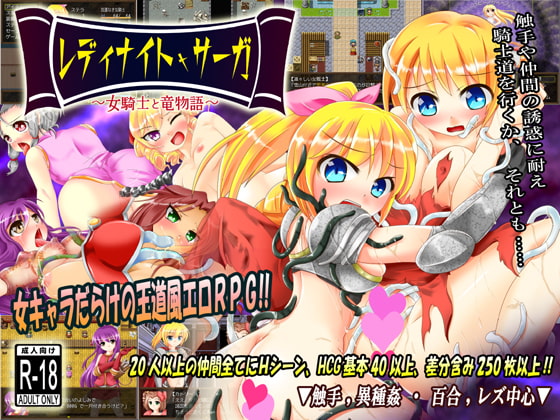 Threatened by the rebirth of the wind-dragon for so long known only to folklore,
princess Maria, 3rd daughter of the empire, commanded her knight to subdue it—

Get it on or be gotten on with by your party at the inn,
fall into sexy traps, fail battles and be assaulted by monsters,
take on lewd part-time jobs, even be attacked by a villager…

The game has a gradually increasing “corruption meter”.
You can do a virgin run, beating the game with zero sex.