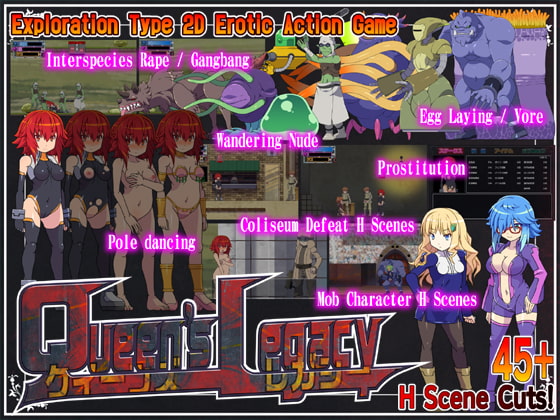 Immigration Planet Fenrir, a place where many different species gather…
In the ancient city of Arc9… there is legend of a young female warrior Astear
and her overcoming hardship and tribulation to become Queen of all the lands.

Over time, as the eras passed, and the Queen became a relic of times begone.
Now in this city, one young maiden, a female warrior, makes an appearance.

Her name is Leona, the crimson blade!

* Gain and use a variety of skills, jump and attack, use special attacks and…
of course, upon being defeated by your enemies, undergo merciless violation!!

* Save points and gallery mode features implemented too.

“Upon raising your sword and facing tribulation…
Legacy of the legendary Queen will alight before you!”