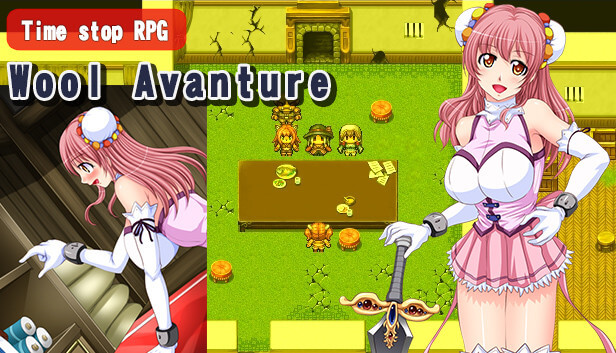 Five years ago…
Monsters who have the ability to stop time are now invincible.
Man surrendered and the long battle between monsters and humans ended.
It meant that man would be a slave to a monster.

The town of departure.
Merrill, a female swordsman who lives in the town, learns that his sister is a monster sacrifice.
Merrill dared to stand up in a world dominated by such monsters.

[ Sense of time stop rushing at once ]

The sensation given during the time stop comes rushing in at once when time begins to move.
The sense attacks collectively though the woman’s character is strong stimulation even for free.

Merrill is Screaming and rolling, and coming
Merrill continues to blow the tide in front of everyone.
Can Merrill, who can feel 1000 times more than normal, save the world?

After all, all the sense duting time stop attacks.
It feels the pleasure of tremendous power.
Feel good and scream? There is no way.

Monsters also stop for various times.
For example, stop the time where you use magic.
For example, during a battle, it stops for hours to use the Early Sword Attack.

For example, after defeating the virginity by a big dick, accumulate pleasure by having sex again and again.
For example, I stopped time and, moved a little time and immediately stopped time. I’m so sick.

It escalates more and more in this story.
You put the capsicum extract in Merrill’s vagina, and she is going to roll it up in the city.

Merrill is broken up and came the game, you can resume from a little while ago immediately.
Moreover, a hint comes out.
You do not get lost because the hint comes out.
There is no wasted time, such as redoing!

RPG part also incorporates a gimmick unique to time stop.
Life and death are decided by your actions, such as traps that can be avoided if you notice.